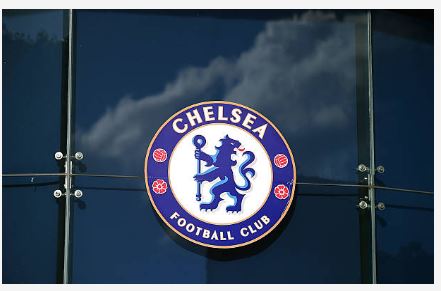 The Premier League season is over for the Blues now and attention turns to the Europa League final, keeping Eden Hazard plus the prospective transfer ban

But the Belgian’s incredible performance in Baku also appears to be his final goodbye, and boss Maurizio Sarri could also be leaving the club…

CHELSEA boss Maurizio Sarri WILL join Juventus this summer, according to reports.

The Blues have agreed to release the Italian from his contract to make the switch to Turin, says Sportitalia’s Alfredo Pedulla.

The agreement comes after a lengthy meeting between Sarri’s agent Fali Ramadani and the Chelsea board tonight.

LUKA JOVIC has reportedly cleared out his Eintracht Frankfurt locker in preparation for a summer move to Real Madrid.

The 21-year-old has emerged as one of the hottest prospects after his breakthrough season in Germany scoring 27 goals in 48 games.

He attracted attention from Chelsea and enhanced his profile after scoring in both Europa League semi-final legs against the Blues.

It was reported the Serbian powerhouse had agreed a £52.4million to Madrid and will be paid £8.7m a season.

German outlet Bild report the striker has cleared out his Frankfurt locker ahead of a summer holiday and has no intention of returning, instead focusing on his La Liga switch.

Frankfurt will bag £42m of the fee, with £10m going to Jovic’s previous club Benfica as a result of their 20 per cent sell-on clause.

CHELSEA are likely to need a new manager this summer and Arsenal hero Patrick Vieira has emerged as a shock contender.

With Maurizio Sarri wanted by Juventus, the Blues are reportedly considering whether to let go the Italian and start afresh.

Derby County boss Frank Lampard has been the overwhelming bookies’ favourites so far but Vieira has suddenly dropped from 7/1 to 4/1 with Betway.

That makes him the clear second favourite to replace Sarri, ahead of Massimilano Allegri, Nuno Espirito Santo and Diego Simeone.

OLIVIER GIROUD has taken another swipe at former club Arsenal by labelling his transfer to rivals Chelsea an “improvement”.

The Frenchman swapped Red for Blue in January 2018 in an £18million deal and went on to lift the FA Cup five months later.

This season Giroud netted 11 times in 14 Europa League games and faced ex-club Arsenal in the final.

Giroud said: “It was an improvement going from Arsenal to Chelsea and I knew I would have the opportunity to win some more trophies.

“To win this Europa League one year after winning the World Cup is great for me.

“I’m a Blue, a proper Blue. It’s a new chapter of my career and it was very special to score. I am so proud of this team.

“I’m 32, nearly 33, but I feel like there is more and more to come. I am still hungry and I am looking forward to next year: playing in the Champions League and fighting for more titles.”

CHELSEA are today meeting with Maurizio Sarri to hammer out the manager’s future amid Juventus’ interest in signing him, according to reports in Italy.

Victory in the Europa League final has provided Sarri with a boost in terms of his relationship with the Stamford Bridge club.

La Gazzetta dello Sport claim that the Blues board want to praise the Italian for the achievement but could still let him go.

It is said agent Fali Ramadani, who brought Sarri to Chelsea, has agreed in principle for the manager to head to Juve for £6.2million a year.

And today the club and coach are reportedly due to meet to determine whether he stays or goes.

CHELSEA have rejected a bid from Real Madrid for Eden Hazard, with reports in Spain suggesting the £115million transfer is being delayed.

The plan was to unveil the 28-year-old in front of the Bernabeu faithful on Monday – though AS Marca claim Chelsea rebuffed an offer from Real chiefs yesterday.

Marca report Hazard was set to travel to the Spanish capital on Saturday in order to be revealed as a Real player on Monday but these plans are now “delayed”.

FORMER Leicester City No2 goalkeeper Conrad Logan – now at Mansfield Town – was full of support for his fellow understudy.

Logan took to Twitter to share why Green was well within his rights to lift the Europa League trophy on Wednesday night. 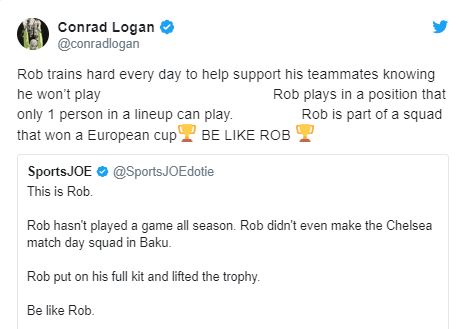 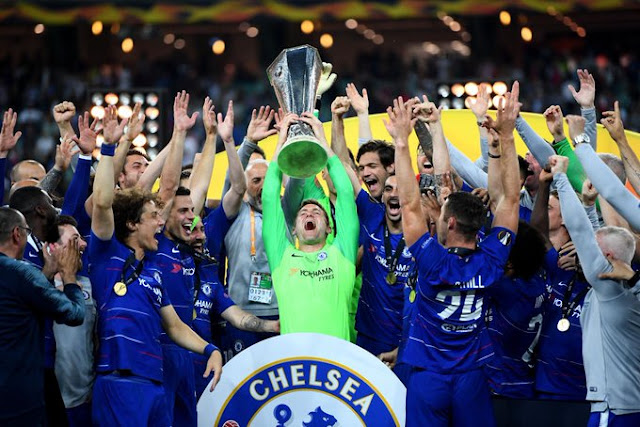 ROB GREEN has announced his retirement from the football aged 39.

The Chelsea keeper has penned an emotional statement after calling time on his 23-year professional career.

One of his final acts was when he lifted the Europa League trophy after the Blues thumped Arsenal 4-1 in Baku.

This was in full kit, despite the former Norwich and QPR custodian not even making the bench. 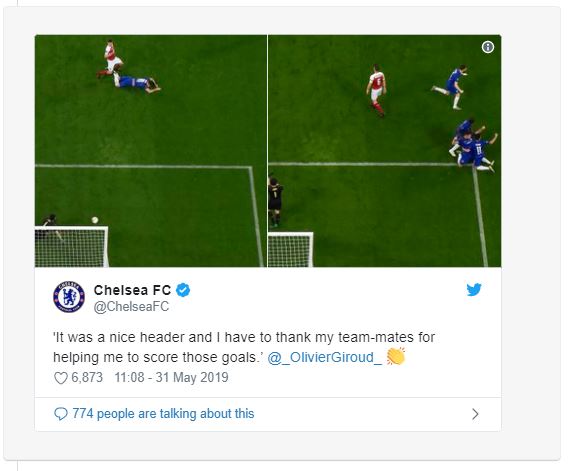 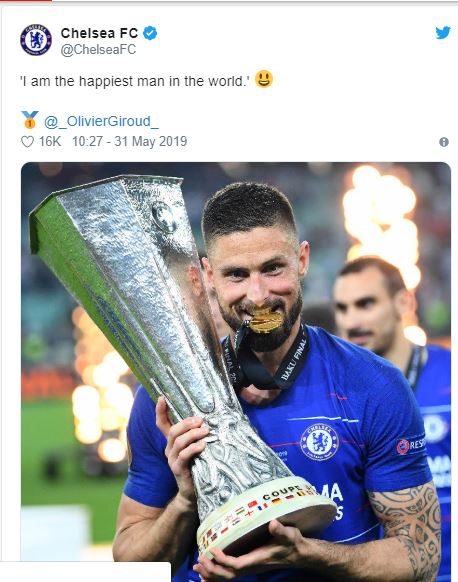 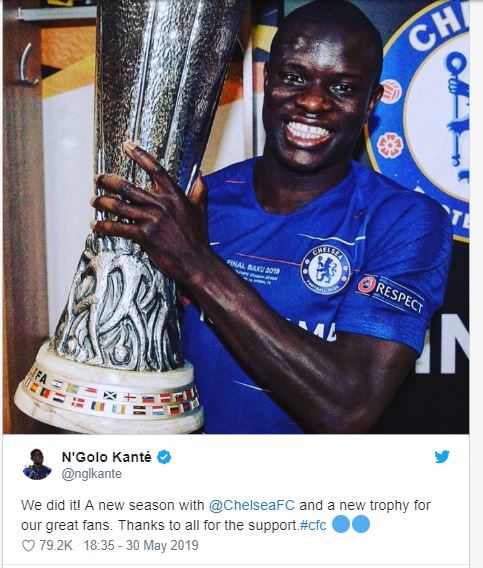 ANTONIO CONTE has been appointed as the new Inter Milan boss.

The former Chelsea manager replaces Luciano Spalletti after he was axed on Thursday despite delivering Champions League football with a fourth place finish.

Conte, 49, has been without a job since leaving the Stamford Bridge club almost a year ago.

It is reported that the former Juventus manager will receive around £8.8million-a-year at the San Siro.

LEICESTER CITY boss Brendan Rodgers is ready to battle it out with Manchester United and Everton for Chelsea’s £15million-rated teenager Reece James.

The Foxes boss regards the 19-year-old full-back as one of the top young prospects in the country after the Londoner enjoyed an outstanding season-long loan in the Championship with Wigan.

James made 43 appearances and played a huge part in keeping Paul Cook’s side safe with his dynamic displays at right-back, which earned him a place in the Championship Team of the Season.

Rodgers believes the athletic Chelsea kid, who captained the Blues 2018 FA Cup Youth winning team, has a huge future in the game and wants him to become a key figure in his new-look Leicester team.

Now, he is ready to test Chelsea’s willingness to hold onto the youngster, with Maurizio Sarri’s future still unclear, despite Wednesday’s Europa League success.

MARCOS ALONSO has agreed to join Atletico Madrid this summer, according to reports in Spain.

The Chelsea full-back decided to accept the La Liga side’s offer after he watched Chelsea’s Europa League triumph from the bench yesterday.

Alonso’s role at Stamford Bridge diminished towards the end of the season, but the Baku snub was reportedly the final straw for the Spaniard.

And Marca report that he has given Atletico the green light as Diego Simeone is looking for a new left-back.

EDEN HAZARD was seen twerking alongside his Chelsea team-mates in wild title celebrations following the Europa League final on Wednesday.

The Belgium international led the demolition of Arsenal, bagging twice to stun the helpless Gunners 4-1.

Exuberant Chelsea stars hit the dance floor at the Four Seasons hotel in Baku, hours after claiming the Euro trophy.

And Hazard, 28, stole the show again – as he did at the Olympic Stadium in Azerbaijan – by entertaining his team-mates with his questionable dance moves.

Visibly in high spirits, the Blues ace was also seen spraying champagne all over people in the hotel. 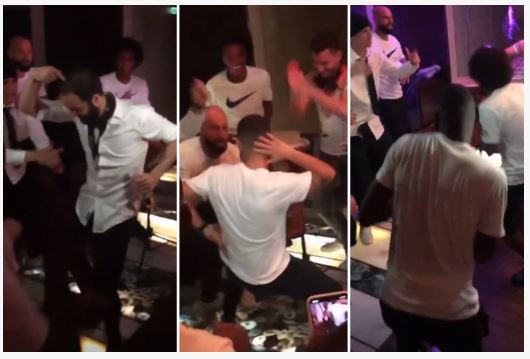 Both Premier League giants are believed to have already contacted the La Liga champs over the Brazilian’s availability.

Now Barca’s record signing is open to a return to England, according to Mundo Deportivo.

CHELSEA’S players have landed back in England to celebrate their Europa League glory.

Chelsea’s manager, though, has landed back in England to discuss his future – and reports say his agent is flying in to London to help the talks with the Blues.

View this post on Instagram
The Europa League winners have landed safely back in London! 🏆💙 #CFC #Chelsea #UELfinal
A post shared by Chelsea FC (@chelseafc) on May 30, 2019 at 10:51am PDT

The Belgian striker scored twice as Maurizio Sarri’s men beat Arsenal 4-1 to secure the silverware in Baku on Wednesday.

Chelsea continued to celebrate wildly in the dressing room after the emphatic win over their London rivals.

Willian went live on his Instagram page so that his 8.7 million followers could join in with the party.

During the footage, Luiz grinned at the camera before he lifted up Hazard’s shirt to reveal his stomach. 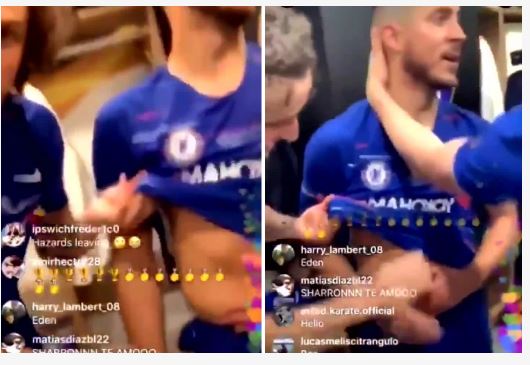