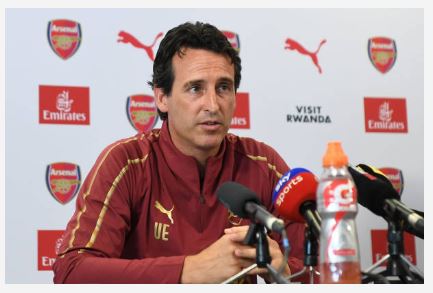 Arsenal, under new manager Unai Emery, had a decent season till the final few weeks, reaching the Europa League final only to lose to London rivals Chelsea, but they fell way behind in the Premier League title race and later the top 4 after a drastic fall in form in the run-in. The Gunners have to undergo a serious rebuilding phase under the Spanish manager, which could begin this summer where there could be a clearout, of sorts. Aaron Ramsey has already confirmed that he will be joining Juventus, while Danny Welbeck is set to leave on a free transfer and Petr Cech has decided to hang up his boots.

For Arsenal to be near the top of the table once again, Emery has to get rid of players who have underperformed or don’t fit his style of play.

Here are 3 players Arsenal should get rid of to rebuild their team once again.

Nacho Monreal
Arsenal’s ageing defence needs a refresh in the summer, and one decision that Emery has to make immediately is to not offer 33-year-old full-back and centre-back Nacho Monreal a new contract. The Spanish defender is well past his best, and while he has been able to fill in the heart of the defence when Emery has played the 3-man defence, he has been exposed on more than one occasion, including in the Europa League final.

Mohamed Elneny
Arsenal’s forgotten man, Mohamed Elneny played in just 16 games in all competitions in the 2018-19 season and did not really make an impact. The Gunners have better quality players than Elneny in midfield, in the likes of Lucas Torreira, Matteo Guendouzi and Granit Xhaka. Arsenal do need to invest in a top-class midfielder to replace the departing Aaron Ramsey but the Egyptian midfielder should not be the one replacing the Welsh star in the Arsenal starting lineup for next year.

Mesut Ozil
Mesut Ozil is a polarising player. Some Arsenal fans love him, but others run out of words criticising him. The German attacking midfielder was widely regarded as one of the best players in his position a few years ago, but his stock has fallen drastically over the last couple of seasons, and especially in the 2018-19 season as Emery picked other players instead of Ozil, despite the massive wages that the Gunners pay the German. His displays in big games have been repeatedly questioned culminating in a listless performance in the Europa League final 4-1 defeat to Chelsea. If Ozil is not going to play a majority of the games for the Gunners, it’s time to let him go and spend the wages that the Gunners pay him on players that suit Emery’s style of play.