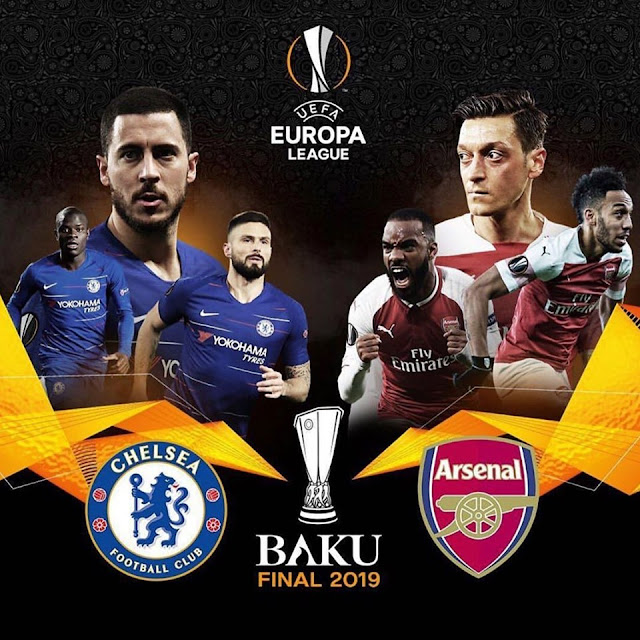 ARSENAL manager Unai Emery knows the pressure is on for his team when they take on Chelsea in the Europa League final on Wednesday.

The Gunners can not only win a trophy but claim a spot in next season’s Champions League with victory over their London rivals.

Emery is no stranger to success in the Europa League having won it three times in a row with Sevilla.

Arsenal have been inconsistent in all competitions this season but came from behind to beat BATE Borisov and Rennes before knocking out Napoli and Valencia in their run to the Europa League final.

Emery must decide whether to start with his trident of Pierre-Emerick Aubameyang, Alexandre Lacazette, and Mesut Ozil. 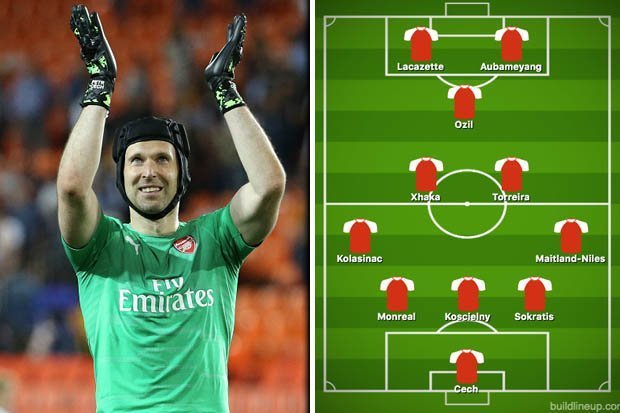 One of the most important decisions for the Spaniard though is regarding his goalkeeper.

Emery must decide whether veteran goalkeeper Petr Cech will start against his former side in his final game before retirement.

The Czech has been the Gunners’ stopper in cup competitions this season and is expected to make his final appearance against his former club before retiring.

However, some fans have called for first-choice goalkeeper Bernd Leno to be recalled and add to his four appearances in the Europa League this term.

Arsenal are definitely without Armenian midfielder Henrikh Mkhitaryan, who decided not to play for security reasons because of a dispute between his country and Azerbaijan.

Injured midfielder Aaron Ramsey has already played his last match for the club before his summer move to Juventus.

Emery is set to keep his 3-4-1-2 formation for the game, allowing Ainsley Maitland-Niles and Sead Kolasinac to start out wide.

Sokratis Papastathopoulos, Laurent Koscielny and Nacho Monreal will line up in central defence behind a midfield of Granit Xhaka and Lucas Torreira. 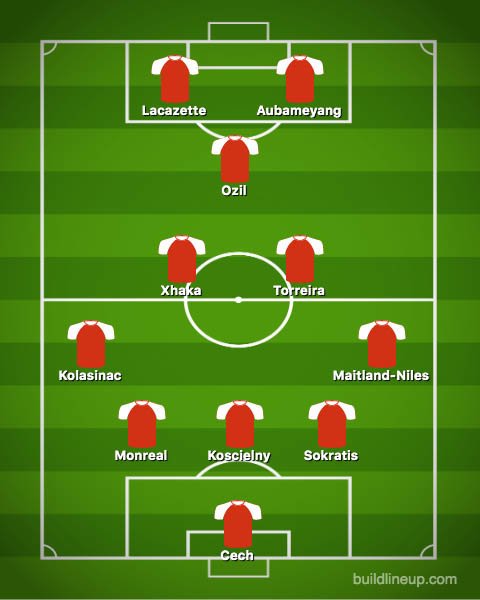 Mkhitaryan’s absence means Alex Iwobi and Ozil will compete for the final advanced position in the starting XI supporting Aubameyang and Lacazette.

Ozil will get the nod if Emery decides to utilise a 3-4-1-2 formation while Iwobi is most likely to start in a wider role with Aubameyang on the opposite flank in a 3-4-2-1 line-up.

Danny Welbeck has travelled with the 24-man squad but Hector Bellerin, Rob Holding and Aaron Ramsey are all sidelined due to injury.