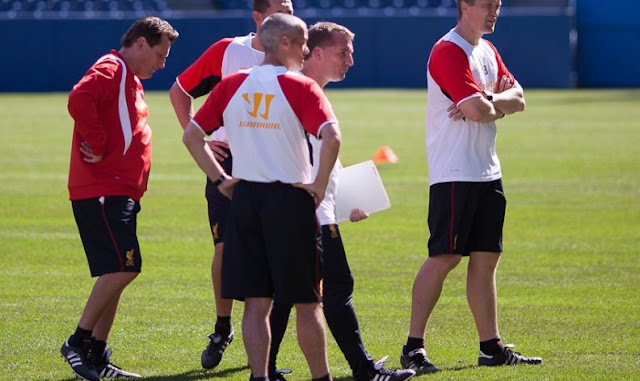 Burgess was one of Wenger‘s handpicked staff members and was involved in a lot of behind the scenes work after Colin Lewin was let go after over 2 decades of service under Wenger.

Meanwhile, the head of High Performance Shad Forsythe was also touted for a switch to AC Milan under formed Arsenal CEO Ivan Gazidis. Gazidis was reportedly a fan of the Gunners’ employee and wanted to lure him to Milan. Moreover, Burgess was also spotted and pictured at AC Milan territory.

However, that seems to be far from the reason why the Director of High Performance is being let ago. According to David Ornstein, Burgess was sacked just says after Unai Emery‘s side got handed some humility back by Chelsea during their 4-1 win in the Europa League final.

Emery especially was unhappy with his colleague’s performance behind the scenes and led the task to replace him.

Consequently, Forsythe, who was close to a move to Italy has now been convinced to remain at the club with an elevated role of Director of High Performance. Whereas, Burgess will be leaving North London just 2 years after joining.

RELATED POST  Good News: Alan Shearer singles out the Chelsea player who was 'exceptional' in the big win at Southampton

However, he may have a potential suitor as Gazidis is said to be one of the people who deemed him fit to employ at the Emirates and could sign him on as Forsythe is set to remain in London.

It’s not far-fetched to say Emery’s backroom staff and activities are yet to be perfected. Hopefully, letting go of incompetent names will benefit. Additionally, with Steve Bould, after years of just existing at Arsenal without any real tactical contribution, being replaced by Freddie Ljungberg shows a lot of promise.

Fri Jun 21 , 2019
Petr Cech returns to Chelsea as Technical and Performance Advisor. The focus of the job will be to provide advice on all football and performance matters throughout the club as well as embed and facilitate strong links between our men’s and academy teams, ensuring that the various support departments are […]