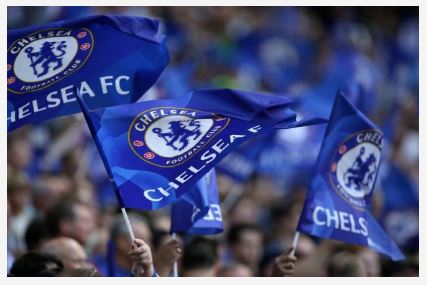 The Blues legend, 41, took to Instagram to show his joy following Eden Hazard’s winning penalty in the shootout against Eintracht Frankfurt.

After a tense game at Stamford Bridge, which saw Luka Jovic cancel out Ruben Loftus-Cheek’s opener, the Blues set up an all-London final with Arsenal in Baku on May 29.

And Drogba, who is the club’s fourth top goalscorer, was clearly buzzing.

The Ivorian added: “Well done my people @chelseafc. Another final!!!

“On the road to Baku @europaleague Let’s win it now.”

Drogba’s former team-mate Ashley Cole – who famously switched the Gunners for the Blues in 2006 and won the 2012 Champions League – tweeted: “Buzzing for you @ChelseaFC what a great final it will be well done boys.”

10 goals this season! Double figures! More importantly… into the final!!! Thanks for the electric support  See you in Baku.

And inside the changing room, Chelsea players posed for photographs and were sprayed with champagne.

Plenty of players took to social media to express their delight at reaching the final.

But the Germany international also added a message for Bundesliga outfit Frankfurt, who pushed Chelsea very close over the two legs and could have found a winner last night.

Rudiger said: “But my respect also goes to Eintracht Frankfurt. Really strong season for the team and their fans.”

Davide Zappacosta posted a changing room selfie with the caption: “Next stop Baku.”

Cesar Azpilicueta – who endured a difficult evening – Willian and Emerson Palmieri all posted similar celebratory photos from the match.

Goalscorer Loftus-Cheek said: “10 goals this season! Double figures! More importantly… into the final!!! Thanks for the electric support.  See you in Baku.”

Kepa Arrizabalaga, the villain in the Carabao Cup final, was the hero last night with two saves in the shootout.

He also took to Twitter and said: “BAKU HERE WE COME!!!!” along with a photo of him roaring following one of those penalty saves.