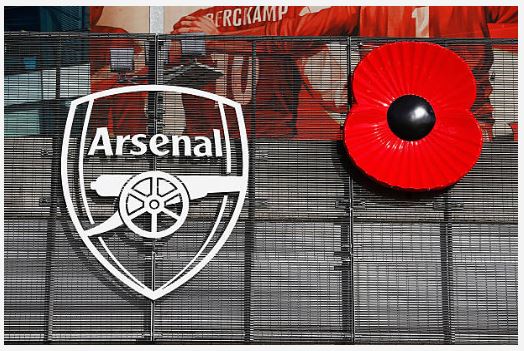 The first summer signing at the Emirates may get unveiled soon as Arsenal are said to be lining up an announcement for Gabriel Martinelli.


The Brazilian was scouted by Arsenal, Manchester United and Barcelona. Clearly, he isn’t any small fry. It is almost surprising that the Londoners beat multiple European giants to grab the youngster’s signature.

Netting 10 goals and bagging a further 6 assists along the way in 33 appearances, Martinelli is definitely an upgrade on whatever winger options the Gunners currently have. Alex Iwobi can’t seem to shake off his nature of being inconsistent and Henrikh Mkhitaryan has clearly declined well past his prime.

According to Brazilian outlet Globo Esporte, the winger will sign for Unai Emery‘s side for a fee rumoured to be around £6 million, and he could be the Arsenal first signing to be announced this summer.

Having a fresh pair of legs and youthful presence added to the roster can improve the overall depth in squad.

However, the young wideman looks very much like a purchase for the future. But so was Matteo Guendouzi, whose preseason exploits earned him a spot in the first-team. If the same can be achieved by the Ituano forward, he can definitely make fast progress.

Nevertheless, a player chased by Barcelona cannot be a massive risk and may develop into a great addition to the squad.

RELATED POST  Updates: How Chelsea should line up vs Liverpool in Uefa Super Cup according to Jose Mourinho

Martinelli’s transfer is said to be announced after he turns 18 on June 18th. So it’s safe to say an announcement is imminent.

On the other hand, the North Londoners usually do not announce signings before their new kits are released. And this year the new Adidas kit release will happen only on July 1st. So it won’t be a surprise if an announcement is held off until that is gotten out of the way.

Fans really need to be patient on this one as many sources claim it’s a done deal. All that’s left of it is the announcement which is said to be following soon enough.

Official: Two players that will join Frank Lampard at Chelsea next season

Sat Jun 22 , 2019
Frank Lampard is set to be named the new manager of Chelsea but the former England international is going to be restricted following a transfer ban.Lampard did a very good job with Derby County as he took advantage of the club’s academy. Roman Abrahamovich expect’s the new Blues boss to […]