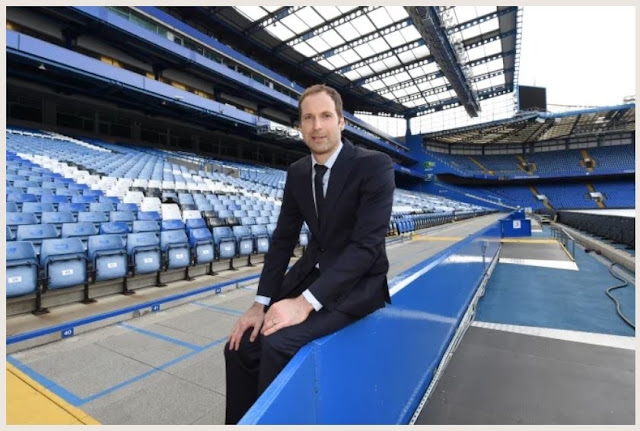 Petr Cech returns to Chelsea as Technical and Performance Advisor. The focus of the job will be to provide advice on all football and performance matters throughout the club as well as embed and facilitate strong links between our men’s and academy teams, ensuring that the various support departments are working together effectively.

Petr will be based at Cobham and will work closely with Chelsea Director Marina Granovskaia (pictured above). His role will also align him with the men’s first team coaching and backroom staff, travelling with the team home and away with an emphasis on strategy and performance.

Cech said: ‘I feel very privileged to have this opportunity to join Chelsea FC again and help create the best possible high level performance environment to continue the success the club has had over the past 15 years . I’m looking forward to the new challenge and hope I can use all of my football knowledge and experience to help the team achieve even more success in the future.’

Marina Granovskaia said: ‘We are delighted to welcome Petr back home to Chelsea. During his playing career here he was one of the most dedicated, successful and thoughtful professionals we have ever had. We always hoped that when Petr was ready to retire we would see him back at Chelsea FC and we are thrilled to add his expertise and knowledge of the game to the technical staff.’

In his first season, 2004/05, Cech registered a record 24 Premier League clean sheets as we romped to the title conceding just 15 goals along the way. He was equally impressive the following year as we maintained our status as the country’s best team with the meanest defence.

He overcame a fractured skull during the 2006/07 season to keep a clean sheet in the first FA Cup final at the new Wembley as we defeated Manchester United 1-0. He tasted further success in that competition in 2009, 2010 – when he saved a penalty in the final – and 2012, when a remarkable stop to deny Liverpool’s Andy Carroll preserved our advantage.

The Czech’s finest hour in a Chelsea shirt was undoubtedly the Champions League final in Munich. Having saved an Arjen Robben penalty during extra-time, Cech got his hand to two more during the shoot-out, paving the way for Didier Drogba’s deciding kick.

He won further continental silverware in 2013 in the shape of the Europa League, and although he was less involved in his final season, 2014/15, he won the Premier League title for a fourth time and kept a clean sheet in the League Cup victory over Tottenham at Wembley.

Having made 494 appearances for Chelsea and won 13 major honours, Cech left for Arsenal. The last appearance of his venerable career was the Europa League final last month, when he performed excellently in defeat.

Sat Jun 22 , 2019
The first summer signing at the Emirates may get unveiled soon as Arsenal are said to be lining up an announcement for Gabriel Martinelli.The Brazilian was scouted by Arsenal, Manchester United and Barcelona. Clearly, he isn’t any small fry. It is almost surprising that the Londoners beat multiple European giants […]