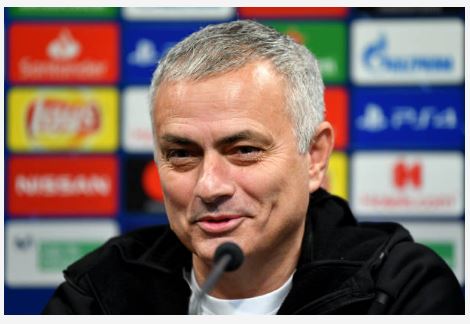 Jose Mourinho has refrained from commenting on the appointment of Frank Lampard as the new boss of the Chelsea.

Maurizio Sarri decided to call time on his spell with the Blues just after one season and this left the Blues without a manager for sometime.

Although several names had appeared as possible replacement for Sarri, Frank Lampard came out tops and signed a three year deal with us.

Given that the former Derby County manager did not have enough experience, his appointment as the boss of Chelsea divided the opinion of many fans.

However, he seem to have gotten the backing of majority of the club’s legend and his players have so far, spoken highly of him.

But according to the Metro, Mourinho replied as thus when he was quizzed if Lampard was the right man for the Chelsea job.

‘I don’t speak about football. My football? I have no football now.’

Jose Mourinho had two managerial spells at Chelsea which ended in a sack but he is by every means one of the most successful manager of the side.

He had a bitter taste experience at Manchester United as well but the Portuguese tactician is waiting for an offer from the right club to return to management.