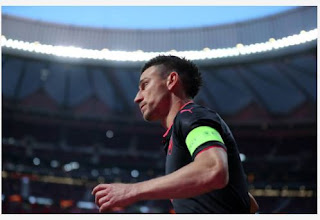 With the news that Arsenal are all set to lose experienced defender Laurent Koscielny, there has been some fresh reports in the media which has suggested that Arsenal could reignite their interest in Samuel Umtiti.


Bordeaux have put forward a three-year deal to Koscielny, who has entered the final year of his contract at the Emirates, and while the Gunners want Koscielny to stay and run down his contract, the defender wants long-term security at the age of 33.

And now reports have claimed that the centre-back wants to be released on a free so he can return to his homeland, and he won’t link up with Unai Emery in the United States.

That has led to a whole load of speculation about whom could come in and replace the Frenchman at the club, with Umtiti back on the shopping list.

With Emery looking to spend some serious money during the summer transfer window, there has been some speculation in the media that the Spanish boss is seeking to add some world class defenders to his squad, with Umtiti high up on the shopping list.

A knee injury, which required surgery, has seen the Frenchman lose his starting place to countryman Clement Lenglet, and reports have suggested Barcelona are willing to allow him to depart the club.

And reports have suggested that Emery is willing to spend around £50 million to try and secure a deal for the Barcelona defender, despite their meagre transfer kitty.

Arsenal are one of the biggest clubs in world football and have the same kind of playing style as Barcelona, so signing Umtiti in the summer would mean that he would not have to adjust to the style of play Emery likes to employ at the Emirates.

But if the Gunners were able to complete a transfer deal for the powerful defender, then it would be a serious message to the rest of the Premier League that Arsenal are seeking to do more than just finish back inside the top four every season.

So even though Umtiti has admitted that he expects to be at Barcelona, money talks, and the right offer will get a transfer deal done.