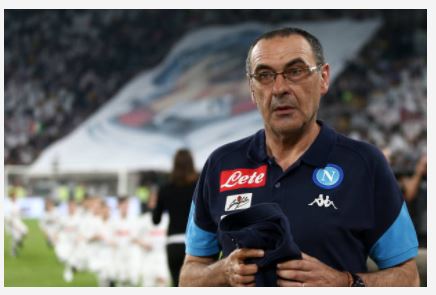 Chelsea have been reported to have started negotiating with England attacker Ruben Loftus-Cheek over a new and improved deal, according to reports.

The English midfielder’s performances this season has seen be a key player for Maurizio Sarri side as they reach the Europa League semi-final. With little games to play and injuries, the player has managed to find the back of the net eight times has further creating five assists so far gone this season.

The English midfielder is reported to still have two years left on his contract, but the club is willing to offer him a new and improved contract to push to dust all links with the midfielder.

In the beginning of the 2018/19 campaign the 23-year-old struggled for game time in the Blues team, despite his performance with Crystal Palace last season which prompted his international call-up to Gareth Southgate’s team for the 2018 FIFA World Cup held in Russia.

The Englishman has been able to see off competitions from Ross Barkley and Matteo Kovacic for a spot in the midfield position. Having cemented a place in the team as they battle for a top four spot in the Premier League.

Reports states that the Blues are now looking to reward Loftus-Cheek with a new contract to extend his stay at Stamford Bridge.

His teammate Cesar Azpilicueta is confident the 23-year-old will become a key player for Chelsea if he keeps fit.

“I have told him a lot of times that he needed to be fit. For a long time with Chelsea he wasn’t able to play and train for a few weeks in a row,” Azpilicueta said.

“He’s come from Crystal Palace after having a good loan there. He came to Chelsea after the World Cup and the manager trusted him, but due to a few back problems he couldn’t get the rhythm of being involved in the team every week.

“But since he has been doing this, we have seen an improvement, his confidence in space is very good. He is very strong.

“He is a good attacking midfielder that can attack the box and score goals. I’m sure the only way he can go is up.”