Chelsea have confirmed that reserve goalkeeper Willy Caballero has signed a new one-year contract and Blues fans on Twitter think the news is a clear indication that the club has no interest in continuing to fight their transfer ban.

Caballero has struggled for first-team minutes behind starting goalkeeper Kepa Arrizabalaga, appearing just twice in the Premier League and a total of nine times in all competitions.

Maurizio Sarri’s side are currently banned from signing players for the next two transfer windows, although the club could still attempt to freeze the embargo through an appeal with the Court of Arbitration for Sport (CAS).

The Blues’ season is not yet finished with the Europa League final against Arsenal on May 29 still to come, but much of the focus has already been placed on next season with question marks surrounding the futures of Sarri and numerous players including Eden Hazard.

A significant squad rebuild remains unlikely due to the transfer ban, and Chelsea supporters think that the club’s decision to tie down their reserve ‘keeper is a definite sign that the ban will not be frozen.

Check out the best of the reaction below! 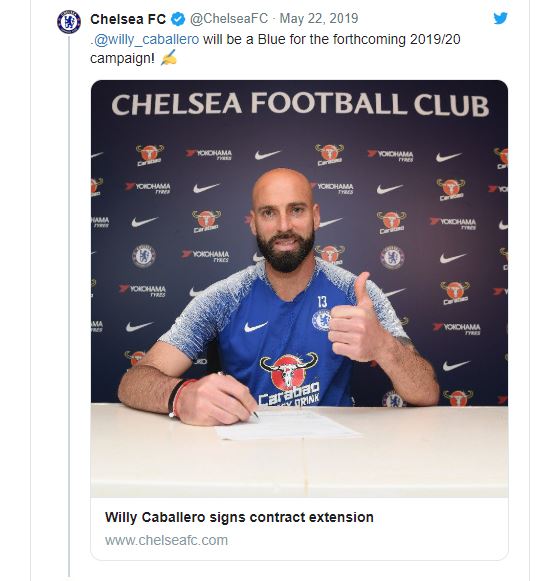 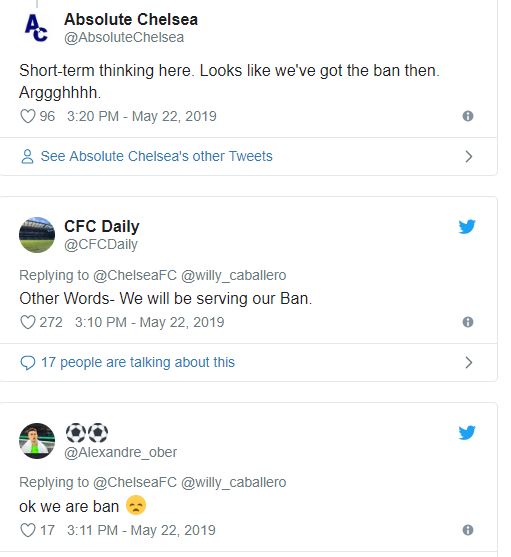 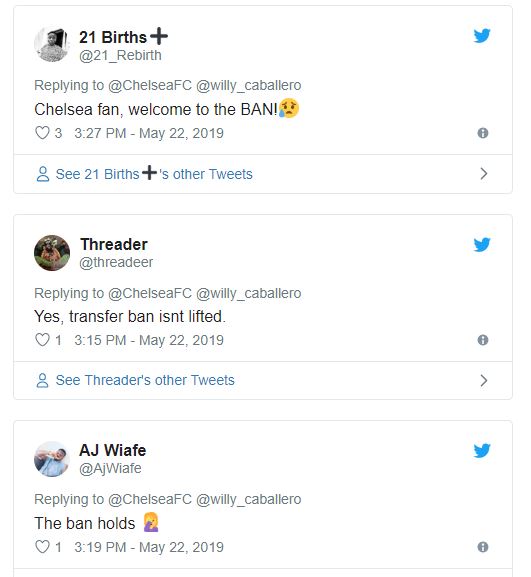 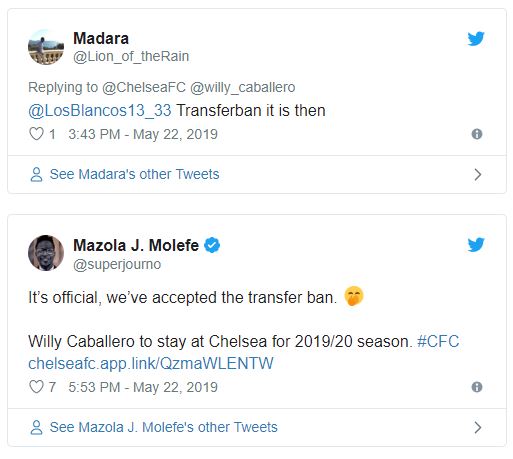 Fri May 24 , 2019
With the summer transfer window fast approaching and several clubs have already confirmed one player or the other to their club before the summer, Chelsea – who is yet to overturn their transfer ban – has been reported to be willing to offer up £69 million in hopes of bringing […]