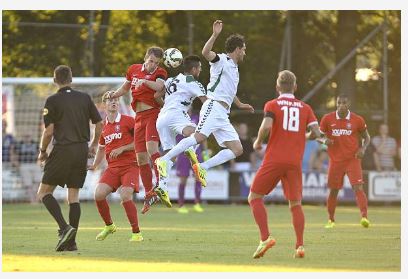 North London giants Arsenal have agreed on a €50m deal for two Sampdoria players according to the latest reports coming out of the Italian media.

Danish centre back Joachim Andersen and Belgian midfielder Dennis Praet have both emerged as strong Arsenal targets in recent days.

The two players were instrumental to the successes recorded by Sampdoria during the just concluded Italian Serie A campaign.

Sampdoria finished the season inside the top ten.

According to the reliable Samp24news, Sampdoria have agreed to sell the two players for €50m which was the third bid made by the Gunners.

Arsenal had earlier made an opening offer of €42m which was knocked back by the Sampdoria president Massimo Ferrero who was holding out for a €50m bid.

RELATED POST  Must Read: 8 Unpredictable Star Players That Can Open Any Defence for goal

The North London giants returned with a €45m bid which was also rejected.

The Gunners paid £26m to secure the signing of Lucas Torreira from Sampdoria.

Joachim Andersen made one assist in 32 league appearances during the just concluded season in addition to two Coppa Italia appearances.

Sat Jun 8 , 2019
With the Eden Hazard era at Chelsea coming to a close with an agreement reached for his move to Real Madrid, we’ve picked out five of his best goals in a Blue shirt. Do you agree with our selection? If we’ve missed any out that you think should be included […]