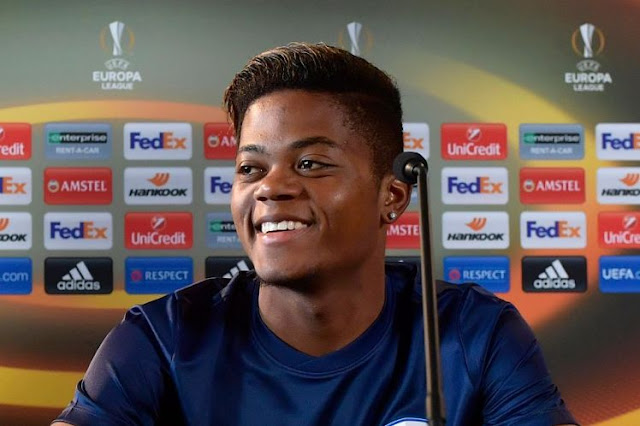 Chelsea will be aiming to make a number of signings before the transfer window shuts on August 9th. The club had to delay their business until the arrival of new manager Maurizio Sarri. The Blues subsequently signed Napoli midfielder Jorginho as well. Sarri will be faced with the immediate task of taking Chelsea back into the top-4 after the club finished 5th last season.

Sarri has been told by Napoli President Aurelio De Laurentiis that the Italian will not be allowed to dismantle the Napoli squad and will have to look for new recruitments elsewhere. Bayer Leverkusen midfielder Leon Bailey has reportedly made it clear to the club that he is looking for a move elsewhere this summer.

Chelsea have been put on red alert, with Barcelona reportedly tracking Willian. If Willian does decide to make the move, Chelsea are going to need a new man in his position. The Gunners are also said to be interested in signing the Jamaican. The midfielder is contracted to the club until 2022, which means the German outfit can name their price for the player, which reportedly stands at £40million.

Bailey joined Bayer Leverkusen in 2017, after representing Belgian outfit Genk for two years, where he made a total of 56 appearances, scoring 8 goals in the process. Bailey has since risen to prominence in the Bundesliga, making a name for himself as one of the hottest young prospects in Europe.

He made a total of 30 appearances in the Bundesliga last season, scoring 9 goals and providing 6 assists in that time. Bailey became a crucial and very influential member of the squad last season. He also scored 3 goals in 4 DFB Pokal appearances.

Generally deployed as a left-winger, Bailey is also capable of playing in a central midfield role. The Jamaican is also comfortable enough to play as a deep-lying defensive midfielder as he did so often last season.

The 20-year-old is a very versatile player, who can play in a number of positions. He is excellent at whipping in dangerous crosses into the box. Bailey also uses his impressive pace to glide past defenders. He’s also very good at taking set-pieces. Bailey is a pest for defenders; the midfielder averaged 2.5 shots per game last season. His constant running makes him a huge threat for opposition defences.

Though the Gunners have also been linked with the player, it seems as though Chelsea need a signing and Sarri should certainly make a move for him. £40million is not a lot of money in this market and Bailey could go on to become Chelsea’s new star.